Brintons triumphs at The Campaign for Wool Carpet & Rug Awards 2018

We are excited to announce that Brintons has triumphed at The Campaign for Wool Carpet & Rug Awards 2018, winning the prestigious Designer Collaboration of the Year award for Craigend Collection by Timorous Beasties​.

Brintons were also a finalist in the Commercial Woven Carpet Design Installation of the Year category for Victoria Palace Theatre.

The Campaign for Wool Carpet and Rugs Awards were created by the Campaign for Wool to celebrate quality, style and innovation in the wool and carpet industry. Now in its third year, the Awards event, held as part of The Flooring Show in Harrogate, North Yorkshire attracted over 100 entries from the flooring industry, each of which was judged by a panel of industry experts and editors from leading design publications on the basis of its technical, construction and design excellence and innovation and design. 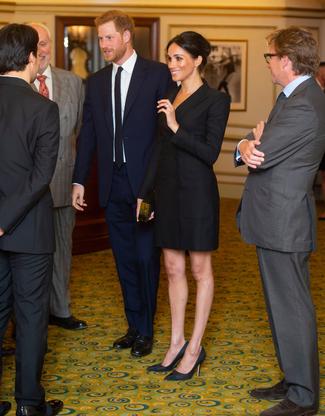 The Duke and Duchess of Sussex visited Victoria Palace Theatre this week and were photographed on Brintons carpet. The couple attended a special gala performance of the hit musical Hamilton to raise awareness of Prince Harry's charity, Sentebale, which supports the mental health and wellbeing of children and young people affected by HIV in southern Africa.

Jodie Hatton Creative Designer at Brintons worked closely with award-winning interior designer Clare Ferraby on the project says “Clare initially provided me with drawings of the patterns she wanted to use for the carpets and I took these and transformed them into carpet designs. From there we worked together to tweak the patterns and to choose colours. Clare had some great visions for the colours and we trialled some of the patterns in quite bright colourways, we weren’t constrained to traditional theatre carpet colours, which was exciting and experimental”.