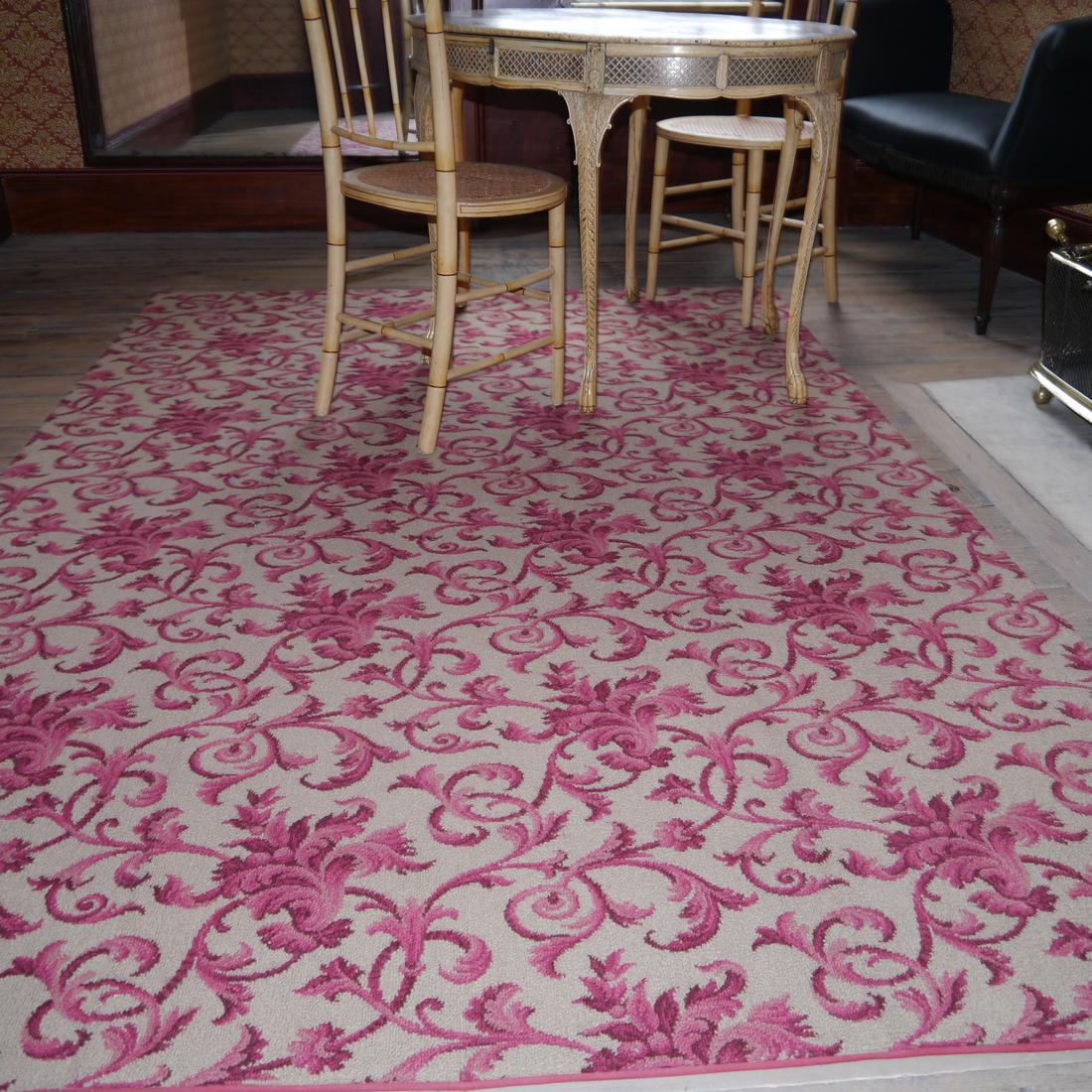 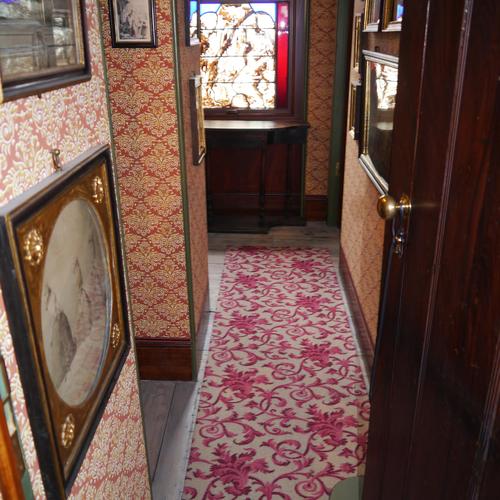 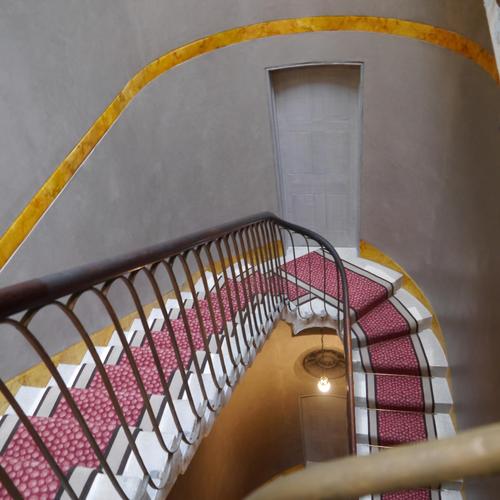 The Museum, which was the home and library of renowned neo-liberal, 19th century architect Sir John Soane, recently under took a major project to restore the private rooms of Soane and his wife. Historic Carpet Research helped in this restoration by working closely with Brintons’ Archivist Yvonne Smith to find a carpet design to reflect the original.

Brintons’ archives were the source of a design for Sir John’s bedroom and other rooms on the second floor that was as close as possible to the carpets Soane chose for these rooms. Two contemporary watercolours of the bedroom and bathroom were the only guide to work with when deciding upon a new design, as none of the original carpet remained in the Museum.

Today Sir John Soane’s Museum, which was his private house, museum and library, is regarded as the supreme example of the house museum in the world. In addition to its evocative historic interiors it houses Soane’s collection of 30,000 architectural drawings in its Research Library and has a lively programme of temporary exhibitions and events.

The restoration of Soane’s private apartments was part of a much larger £7 million project, Opening up the Soane, made possible by generous grants from the Monument Fund, the Heritage Lottery Fund and many other Charitable Trusts and foundations and private donors. The restoration was awarded the annual Georgian Group Award for the ‘Best Restoration of a Georgian Interior’ in December 2015.

The chosen carpet is perfectly in keeping with the feel of the period, and reflects the style of both Sir John Soane and the Museum. We chose a leafy, Regency style pattern that featured swirling movements, adding to the effect of the design. The chosen pattern features four hues of red, ranging from deep burgundy to lighter pinks, producing a real depth to the design that is contrasted against a lighter, stone background. The selected painted pattern paper was taken from the archive and transformed into a full repeat carpet design. It was very rewarding to find a pattern of 1824 in Brintons’ archive which enabled the production of a 21st century carpet in the spirit and aesthetic of the time of Sir John Soane. 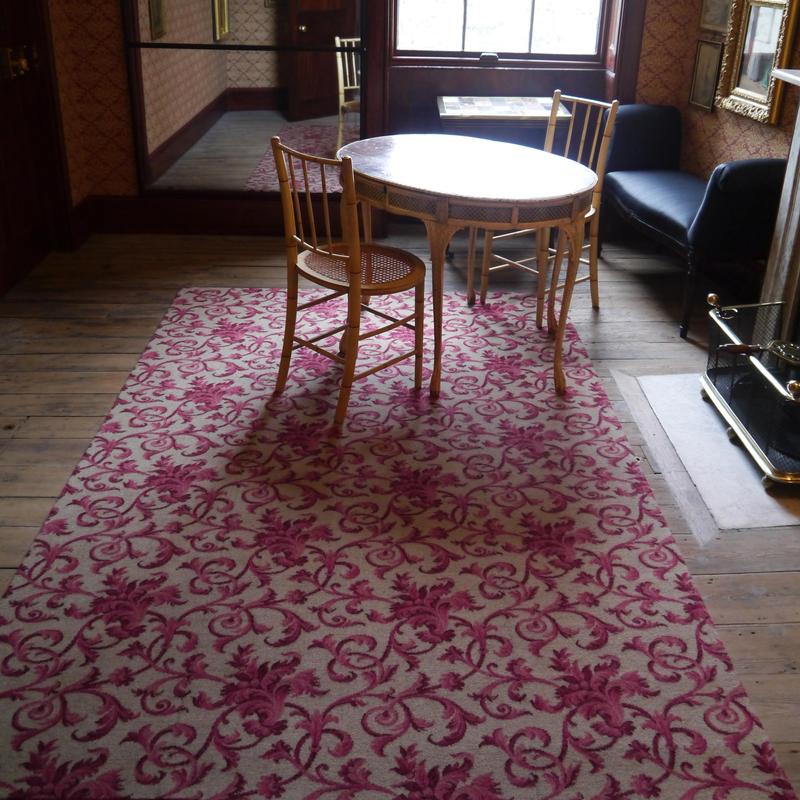 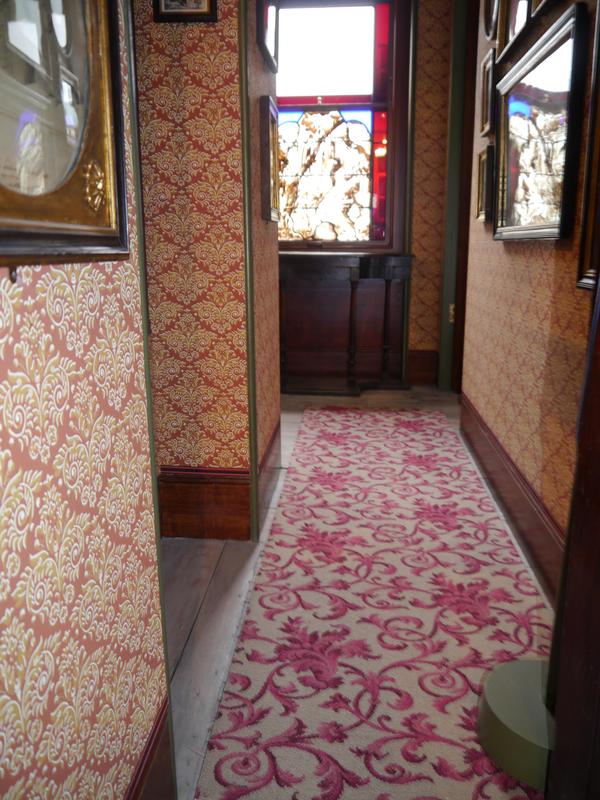 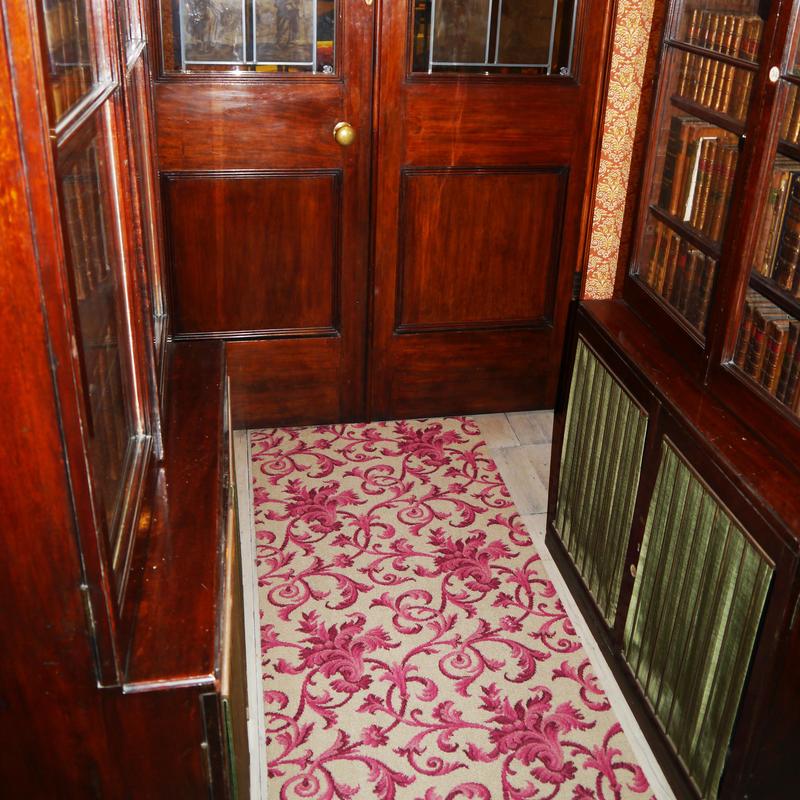 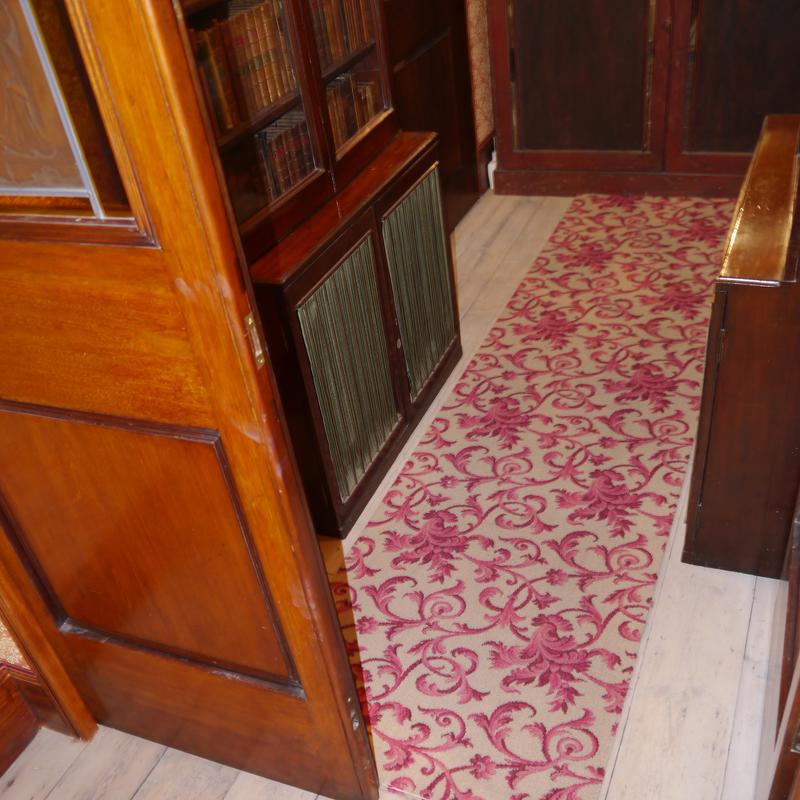